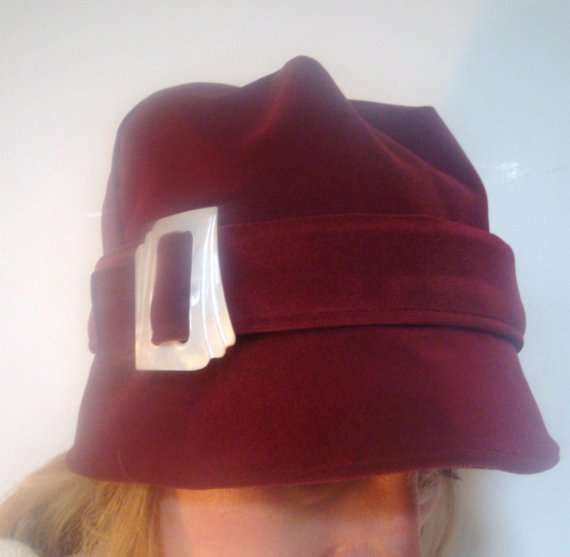 Last Friday I took my little girl up town to go to the park in Chichester and buy her a toy etc. We had a nice afternoon, played in the park, had a little picnic etc. I wore my new black wool/cashmere cap made by my friend Julie of Moaning Minnie fame (my second hat made by Julie, the first was a plum velvet Cloche hat).  It was cold and eventually started to rain.

I chivvied Orla out of the park, via ELC (toy shop for the uninitiated). We make a dash for the car park.  I managed to squeeze us back into the car, despite that the huge Saab next to me had left me literally inches to spare (do these people NEVER notice a child’s seat in the car and think ‘oh, they may need some room?’).

Anyway, having sorted out the urchin I start to drive out of the car park. It’s hectic, car parks in Chichester always are.  I drive down a row in the car park and remembered at the last minute that the old exit/entrance is now blocked and so had to turn around, in very tight section. I begin to do so, backwards and forwards, cursing myself for my lapse in memory, and notice eventually I  am being stared at by a man and a woman to my right, in a large silver Jaguar. His face, florid, hers horsey, and the signature hounds tooth alice band. I stop, as it would seem they want to turn around.  The man to my astonishment jabs his finger at the space he was backing out of and shouted ‘SPACE’. I wound my window down and started to explain that I was actually trying to leave, when he just turned the car and roared off while I was talking.

I was enraged, and was ranting at how rude the man was, when Orla pipes up and says, ‘He didn’t like you because you had the wrong hat on”. ‘Oh’, says I, ‘Which hat should I have had on then sweety?’.  “The red one Mamma”. ‘Aaaaaaah, of course littleun, you are quite right’.  My mood was immediately diffused and I drove away laughing.

So, it would seem to gain the appropriate respect, one must have the right hat on. Naturally!