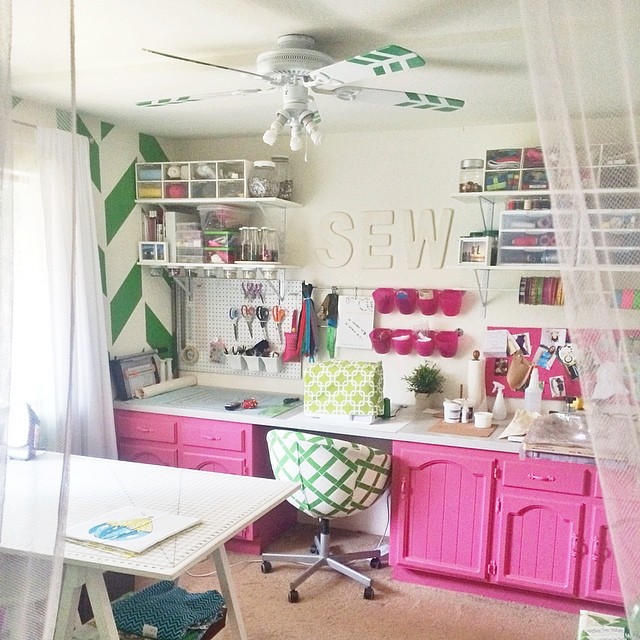 In the 1920s, Virgina Wolf delivered a series of lectures and wrote extensive essays with the umbrella title of  ‘A Room of Ones Own‘. The premise being that women would not have the means to write or indeed express themselves creatively unless they had financial security/independence, and consequently ‘a room of ones own’ in which to do so, and that in fact many of the reasons why there were so few women writers and artists prior to the 20th century was in part due to the financial penury in which so many of them had to exist.

This still remains true today to some extent. In an age where space is becoming ever more limited and expensive, a space where one can create regardless of gender has become harder to achieve. Rents in the UK are ridiculously expensive, and many artists and creatives can only have a space in which to work by sharing studios, or working within their own living space.

When recently I posted a picture of my own studio on my Facebook profile (rarely do I make them public) a fellow artist made the statement, ‘a creative space of your own, you really are living the dream’.  Yes I am. The fact that I have an entire airy room to call my own in which to create art is down to my husband, bless his big hairy self. And I do appreciate it, believe me.

I took some pictures last night of some art postcards on the wall of my studio and uploaded to instagram, with the accompanying hashtags of #creativespace, #studio, #workspace, #creativeworkspace. I decided to click on my own tags and explore other people’s own creative spaces (Uppercase has explored the same theme). But, I decided nevertheless to feature some of the ones I came across that appealed to me most particularly. I was impressed by the ingenuity of some, and the creative flair of others. Whether a whole room or just a small part of it, people find a way to make their space their ‘own’.  Most of the images here are of people’s own space, but some are those that they have seen and aspire to.

[bra_highlight style=’highlight1′]P.S. [/bra_highlight]  A great blog in which to see the ‘creative space’ featured rather gorgeously, go check out  SF Girl by Bay.

Hello there...
Place where I occasionally post updates about drawing, ceramics, reading and other random crap!
Thanks for stopping by.