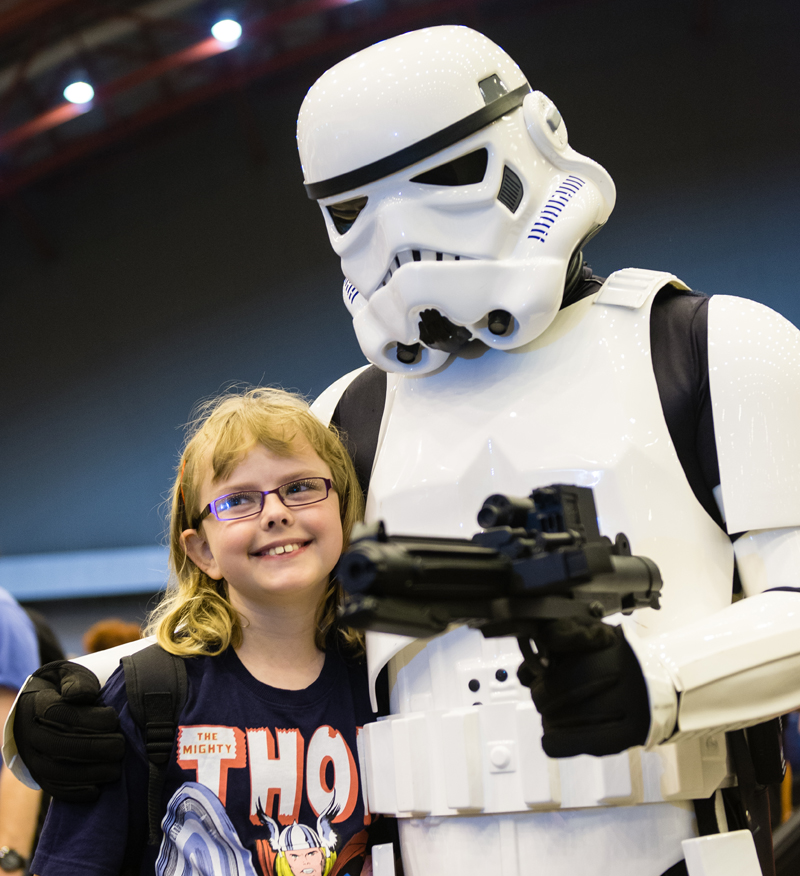 Way back in January I decided it would be a great idea for Orla and I to go to this years London Film and Comicon at Earls Court, as it was going to be Stan Lee’s last European tour. As Orla is a comic geek and a big Avengers fan, I decided I would take her, so booked our tickets for Sunday, 24th July.

We set off bright and early and made good time on the long train journey and tube ride across London, and it was hot. We got to Earls Court about 10.30 am and the queues were still vast. However, I had booked ‘Early Bird’ tickets and by the time we got there the Early Bird queue was done and we were able to go straight in.

We found out where to go to get autograph tickets for Stan Lee (next door in EC2). However, sadly we didn’t get to see Stan Lee because by the time we got there (despite leaving at the crack of dawn), all the autograph tickets that his management were prepared to hand out were gone (500).  There was a lot of dissent on the forums about the fact that many did not get autographs, but hey, the man is over 90. From what I can gather he signed ALL the autographs he was scheduled to do, AND did all the photo shoots AND the Q&As for the full three days, so kudos to him. Orla was disappointed, but took it really well and didn’t make a fuss, bless her.

I liked the idea of getting Jason Mewes autograph (as I am a big Jay and Silent Bob fan), but by 4.00pm his ticket queue was still at ONLY 200 and my ticket was 260. So, heyho, obviously it wasn’t that important to him!!  There were loads and loads of actors/actresses and characters doing autographs, but to be honest it’s never been my thing and I don’t do queues, particularly with a 9 year old in tow.

I was impressed by the friendliness and enthusiasm of everyone who attended. All the people we spoke to, both punters, vendors and comic artists were friendly charming, helpful and willing to engage.

Nevertheless, we all had a great time and Orla was blown away by all the stalls, vendors and Cos play. We didn’t get to see half the stuff we wanted to because it was so busy and there was so MUCH to see, and to be honest we really didn’t plan it that well. But myself, her and our friend Jon Mo (who took these awesome pics of Orla with various characters) had a great time. Orla and I didn’t get to the see the pro Cos Play pageant in Earl’s Court 2 as it was on too late, but we did watch the Cos Play parade. It was a long day, and Orla coped really well with being on her feet all day plus the long journey each end, she didn’t complain at all. We may even go back next year. We all had a great time and Orla is keen to go again. 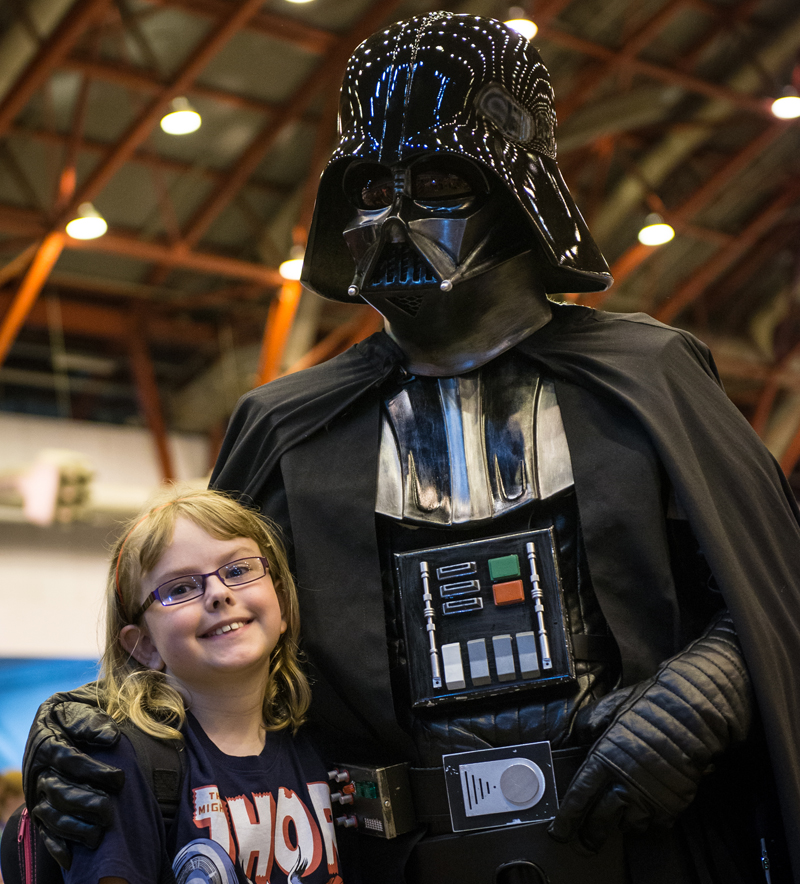 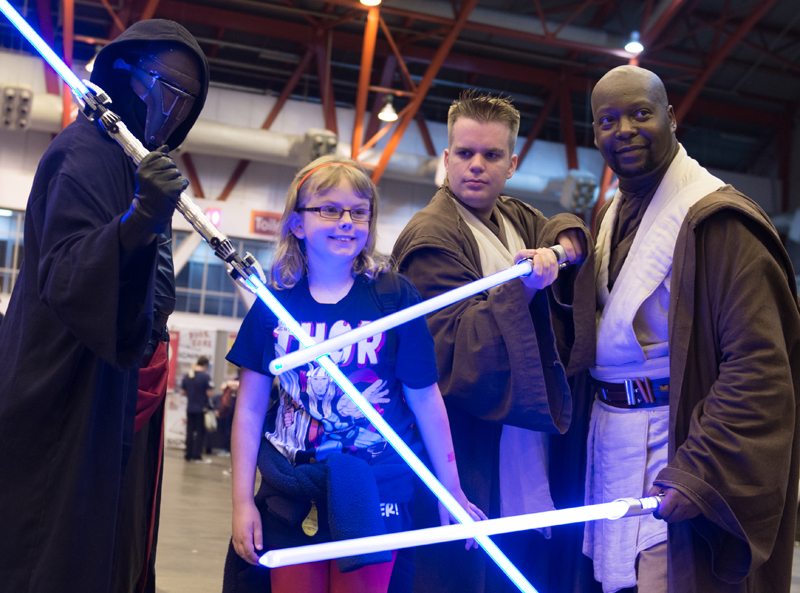