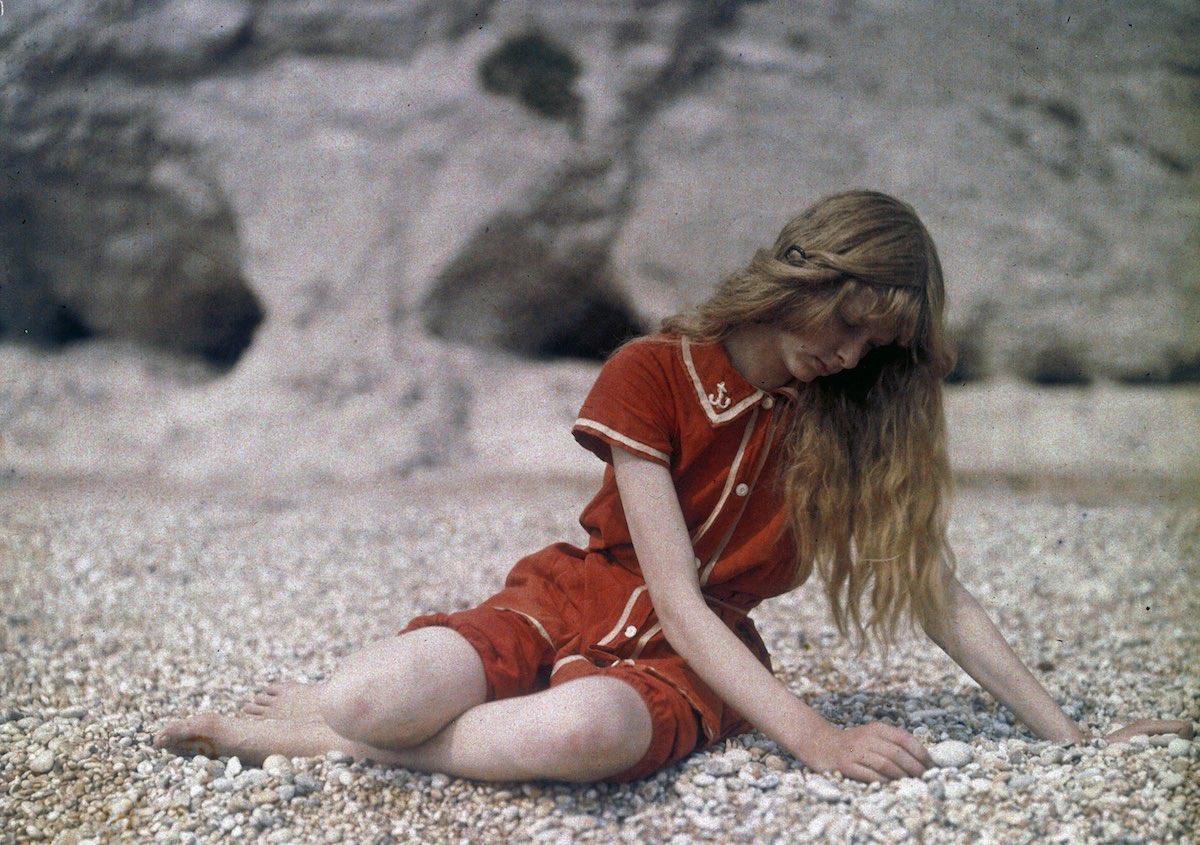 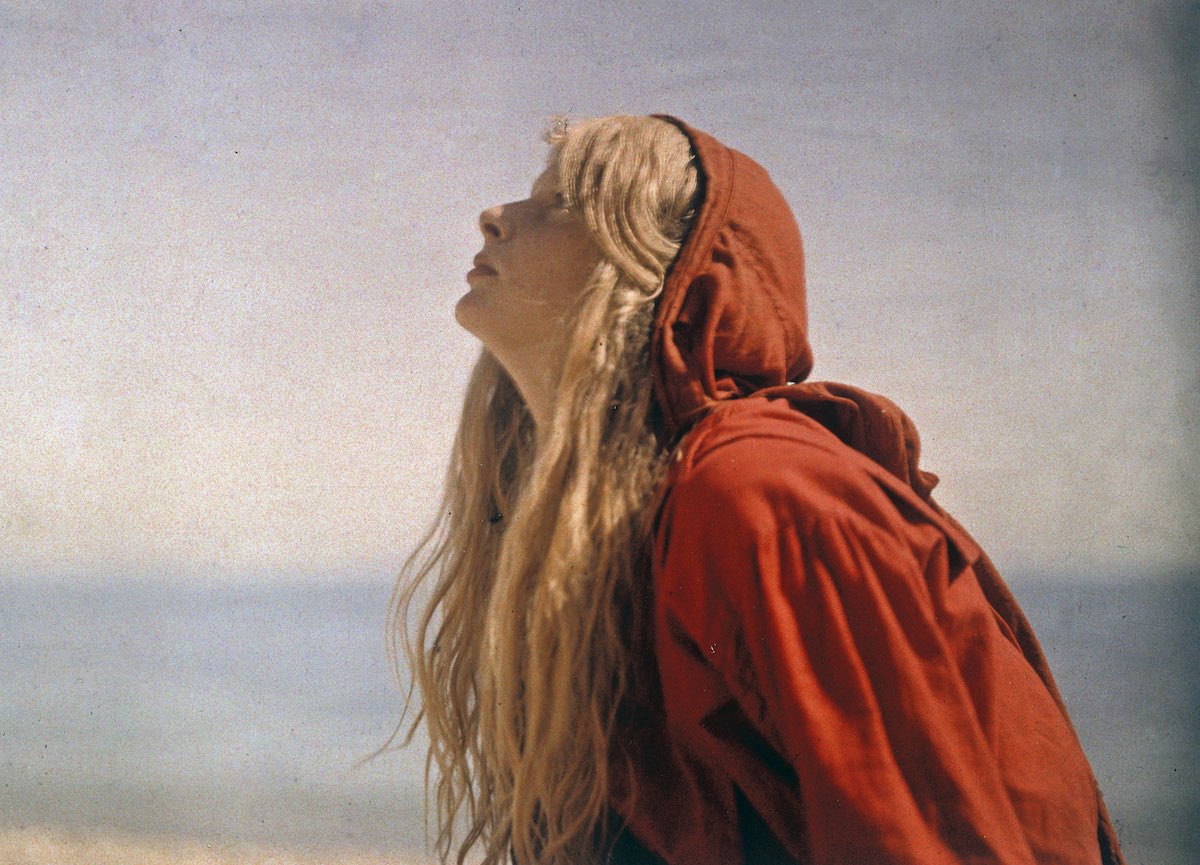 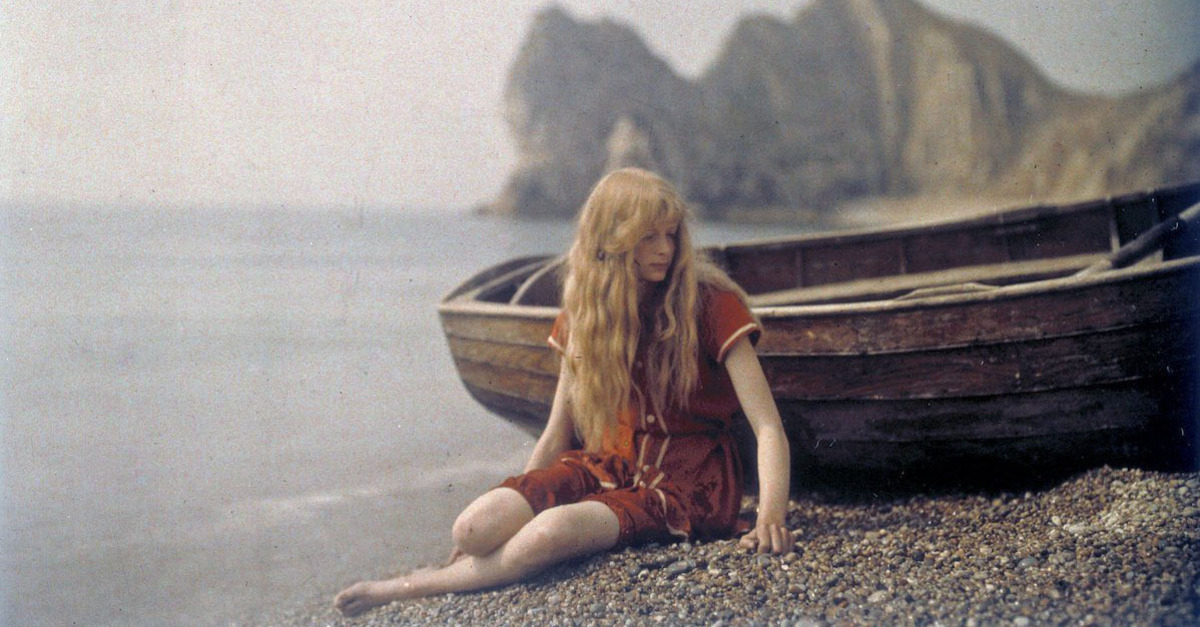 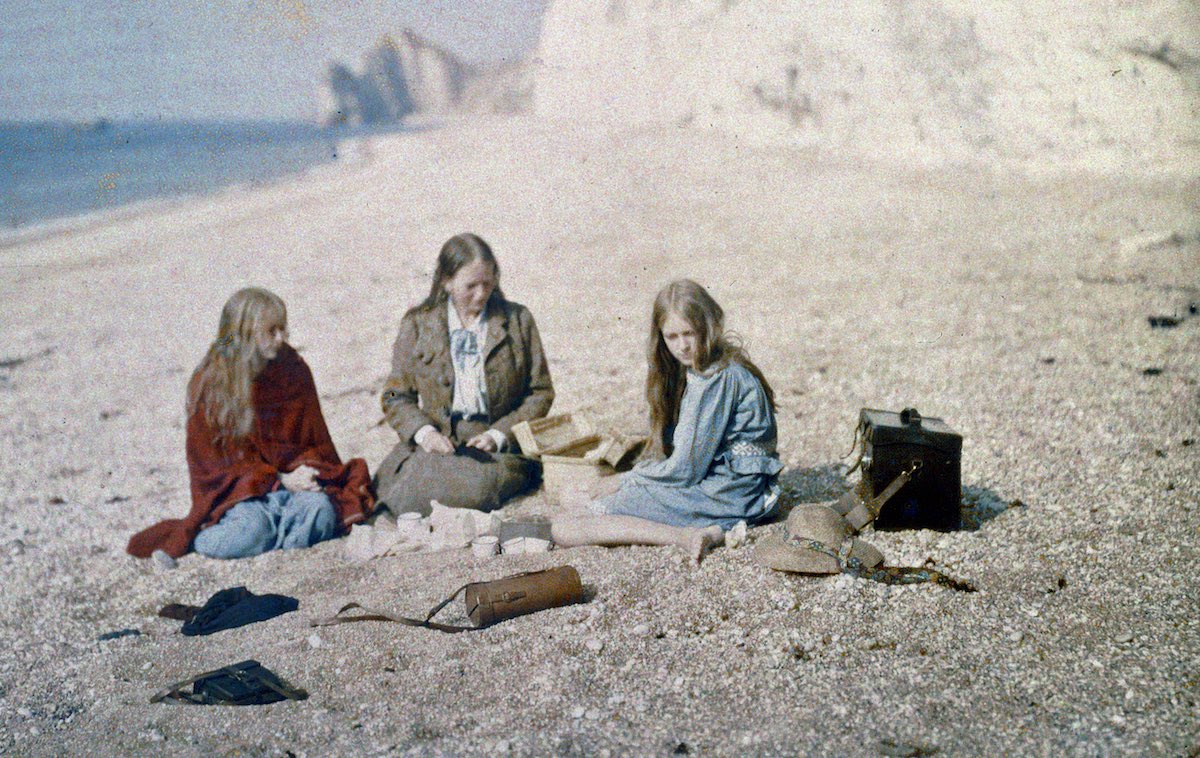 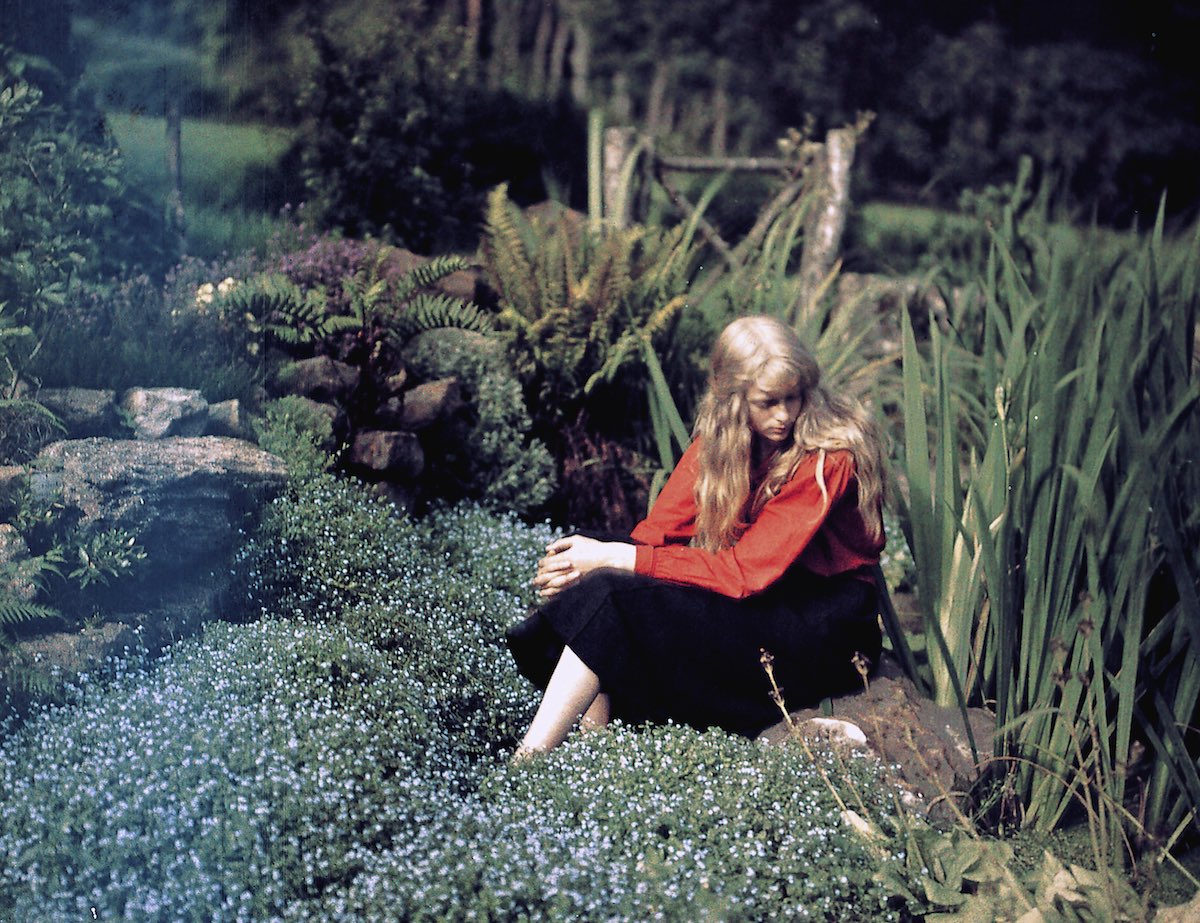 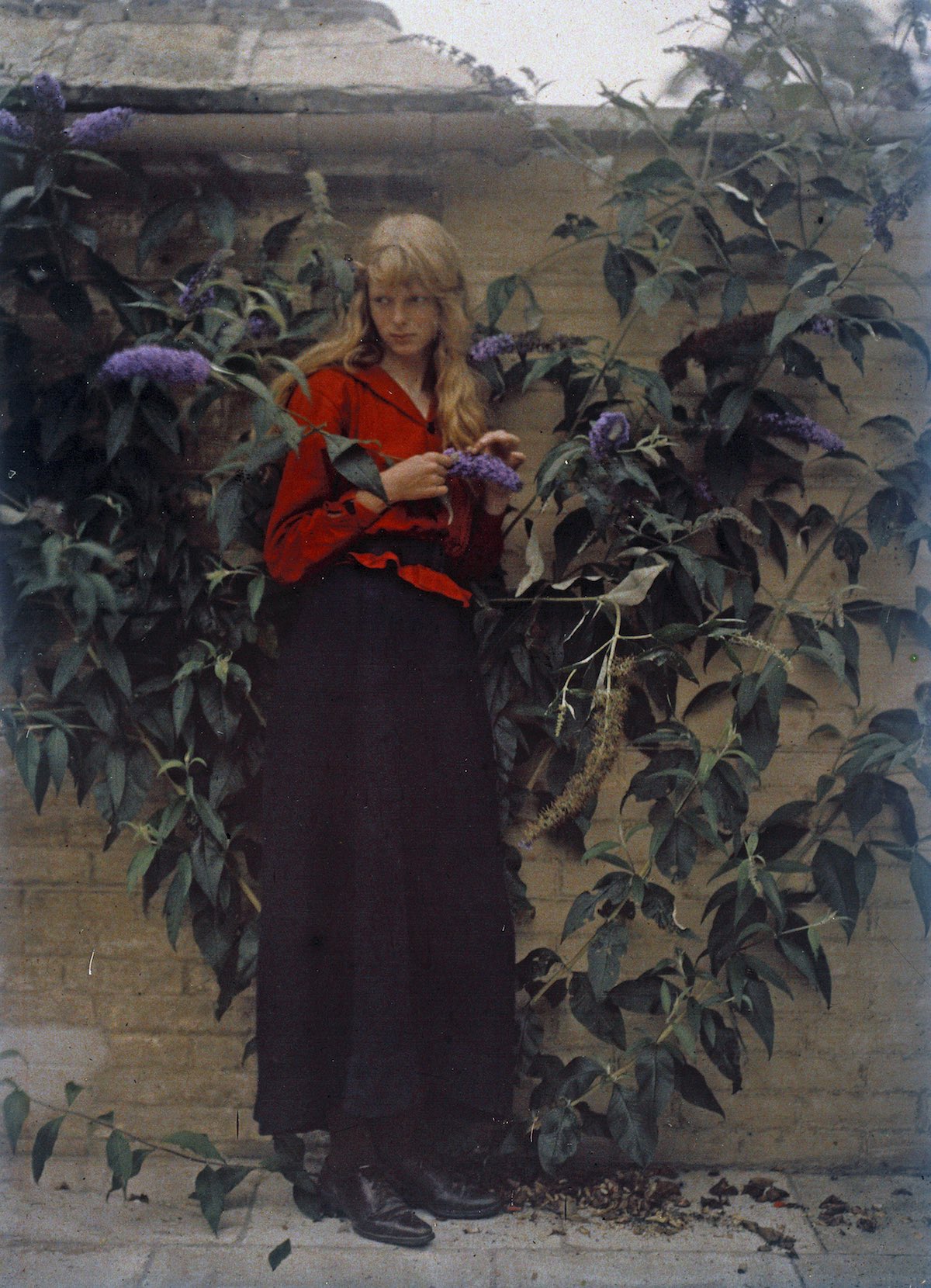 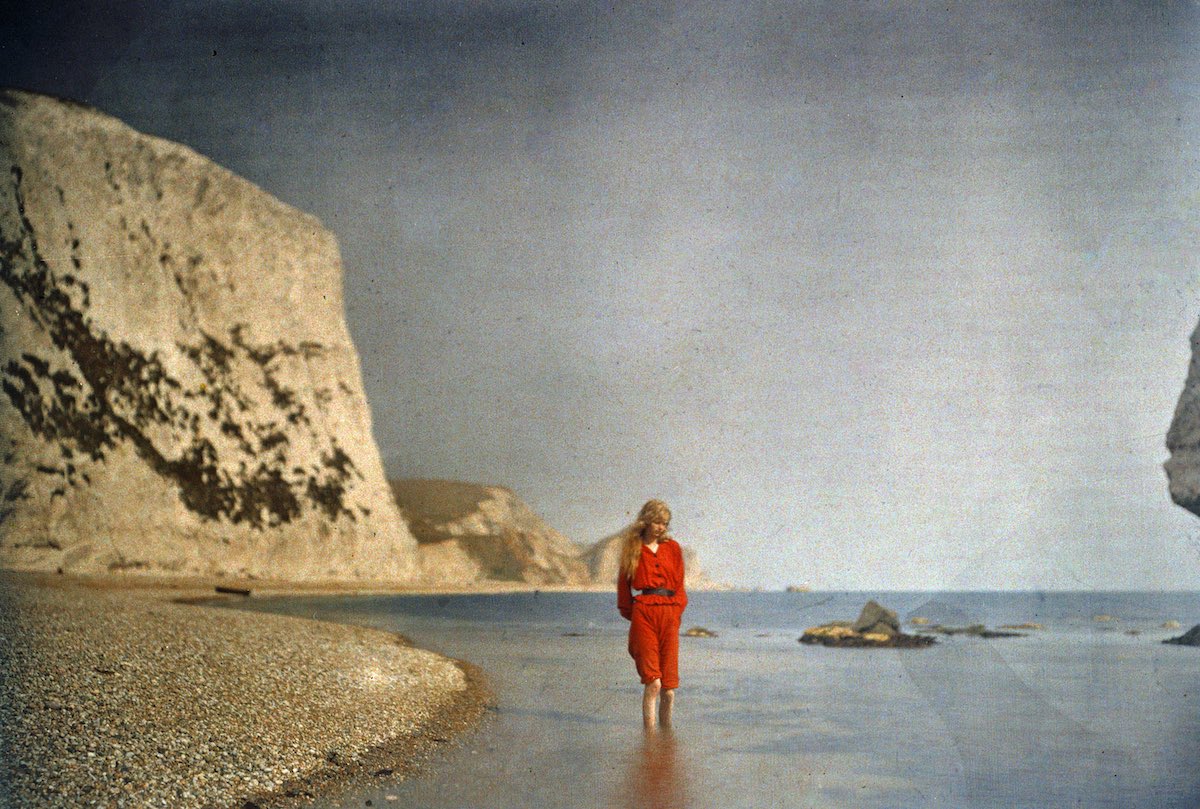 Mervyn O’Gorman was 42 when he took these pictures of his daughter, Christina O’Gorman at Lulworth Cove, in the English county of Dorset. He photographed Christina wearing a red swimming costume and red cloak, a colour particularly suited to the early color Autochrome process.

Autochrome was one of the first colour photo technologies, which used glass plates coated in potato starches to filter pictures with dye.

To his friends, Mervyn O’Gorman was “O.G.” He had qualified as an electrical engineer and worked for cabling companies, and in 1909 he became superintendent of the Royal Balloon Factory, later the Royal Aircraft Factory. He was an enthusiastic early motorist, and published O’Gorman’s Motoring Pocket Book in 1904.

Yet O’Gorman’s hobby was photography. He took these images in 1913.

Mervyn died in March 1958 as a widower; his wife Florence had died 27 years earlier in 1931. As to Christina’s life, there are no recorded details..