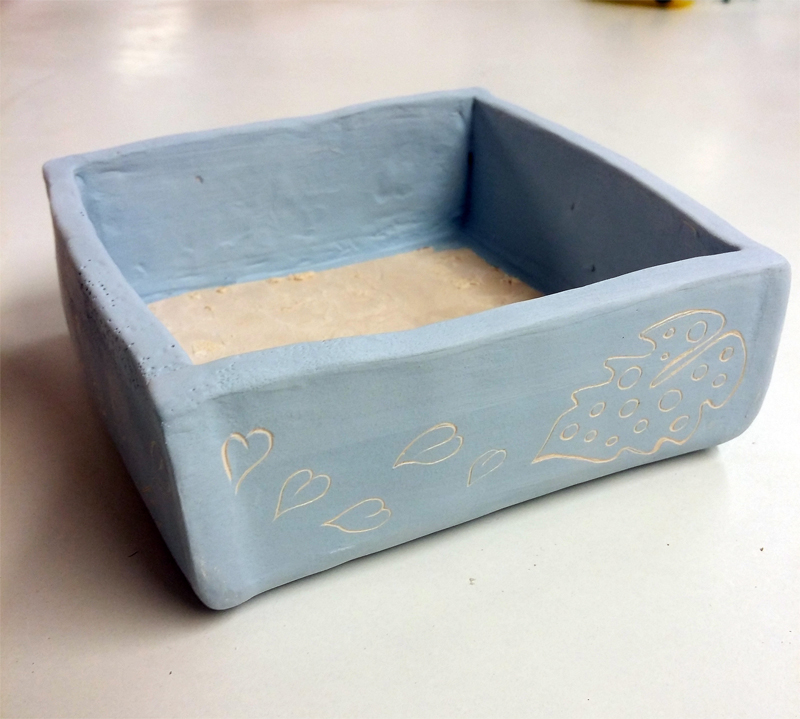 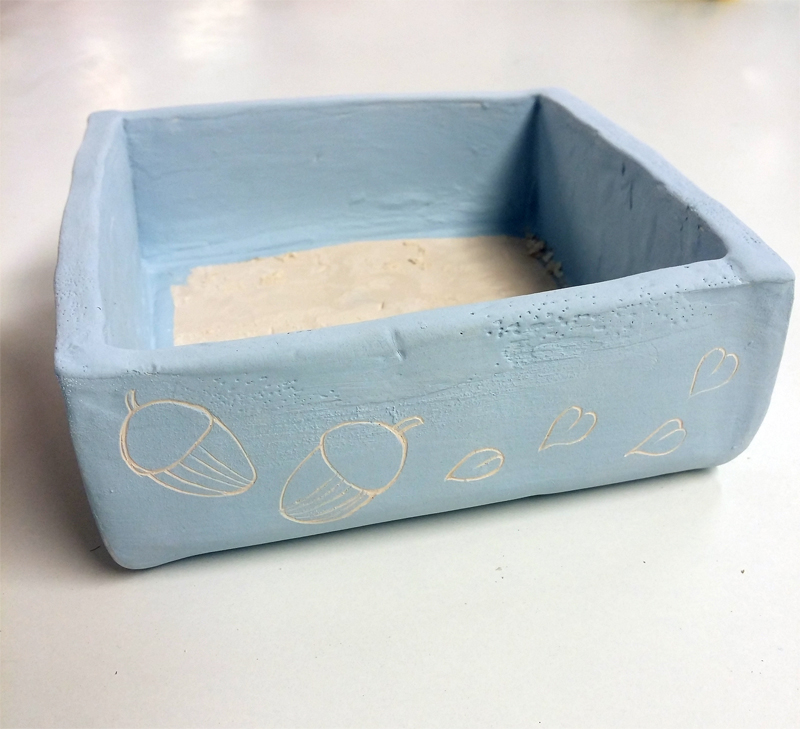 Going to keep this one short and image led. Our first slab pots have been fired and are now ready for glazing. We learned about clear glazes and oxides. We learned what’s in them, their many and varied forms and uses, and that they are toxic, so no drinking!!!

Anyway, I made the decision to use a clear glaze on my square slab pot that has the Sgraffito decoration. I had to dip the pot into a large bucket of glaze, and have to say…of all the things we have done thus far, it was the hardest given it’s size and shape. Touching up the areas where I was holding the pot as it went in was a ball ache of the first order. I had to keep scraping off the excess (as it can look ‘milky’ once fired if there is too much glaze) and re-touching, a process that involved me dipping my finger in the glaze and carefully dabbing where it needed touching up. How it will look when fired is anybody’s guess. I didn’t bother taking a piccy of it with the glaze on as it is just all chalky white. What I am most please about is that the pot survived the firing process. 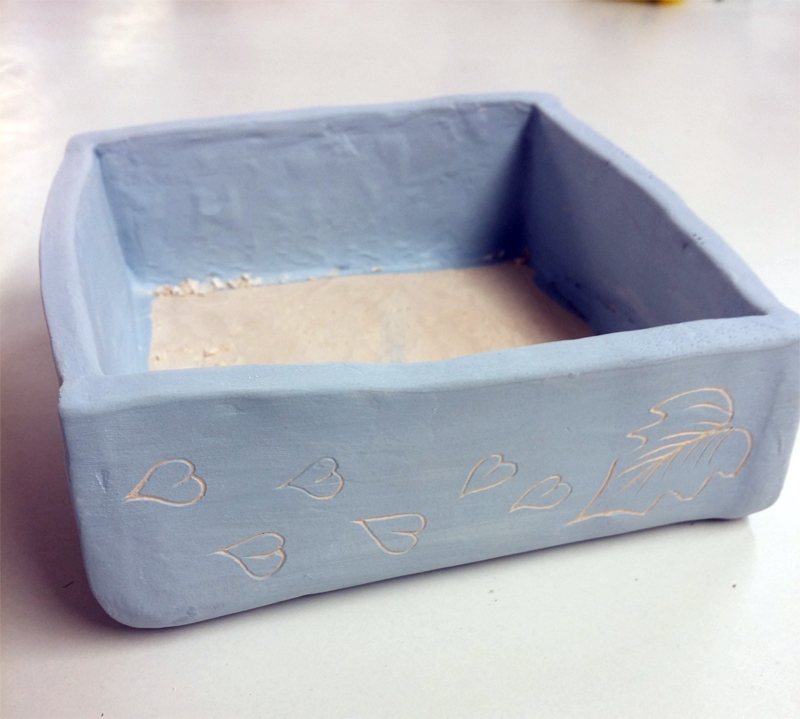 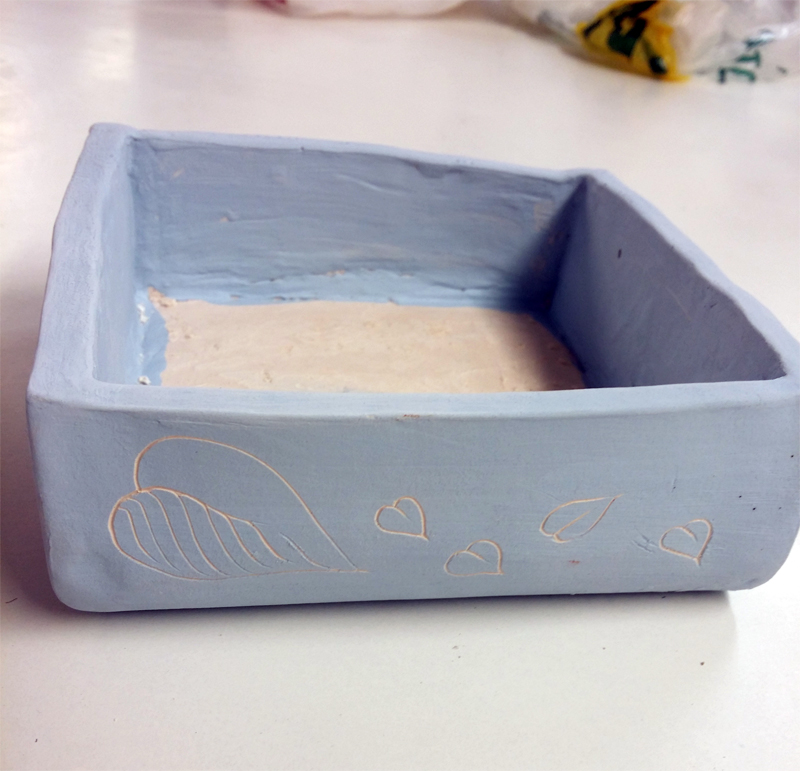 However, with my first pot (the round one with the anaglypta texture) I elected to use a coloured glaze with oxide. This was much more fun. We used a technique where you paint the glaze onto the pot and then rub off with a sponge so that the glaze is left within the texture and crevices, you get a much better idea in the pictures. It’s a very effective technique and gives the pot a sort of ‘old world’ look about it. 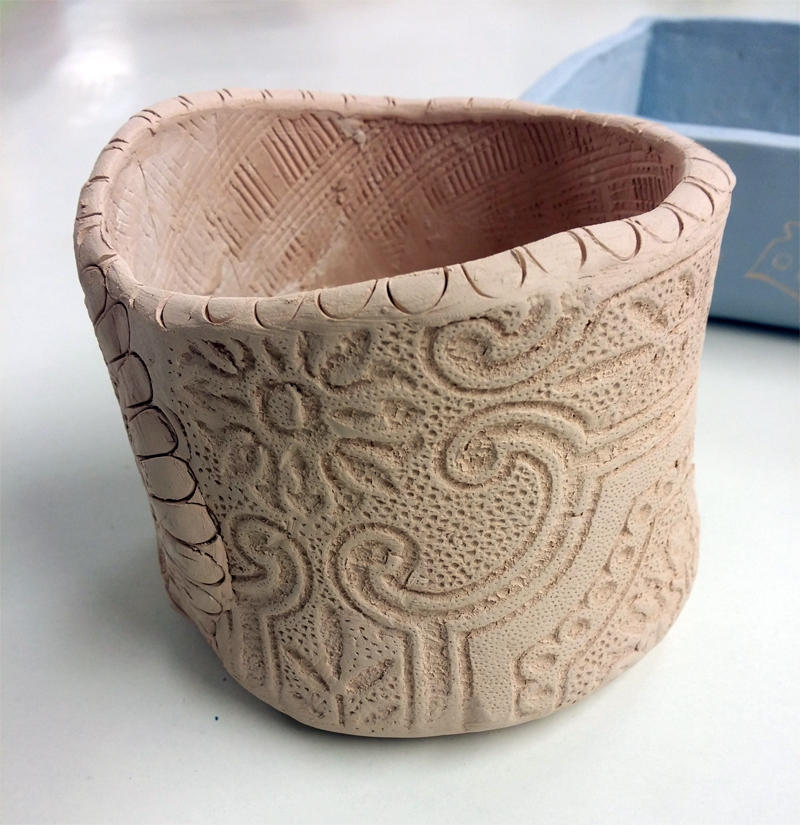 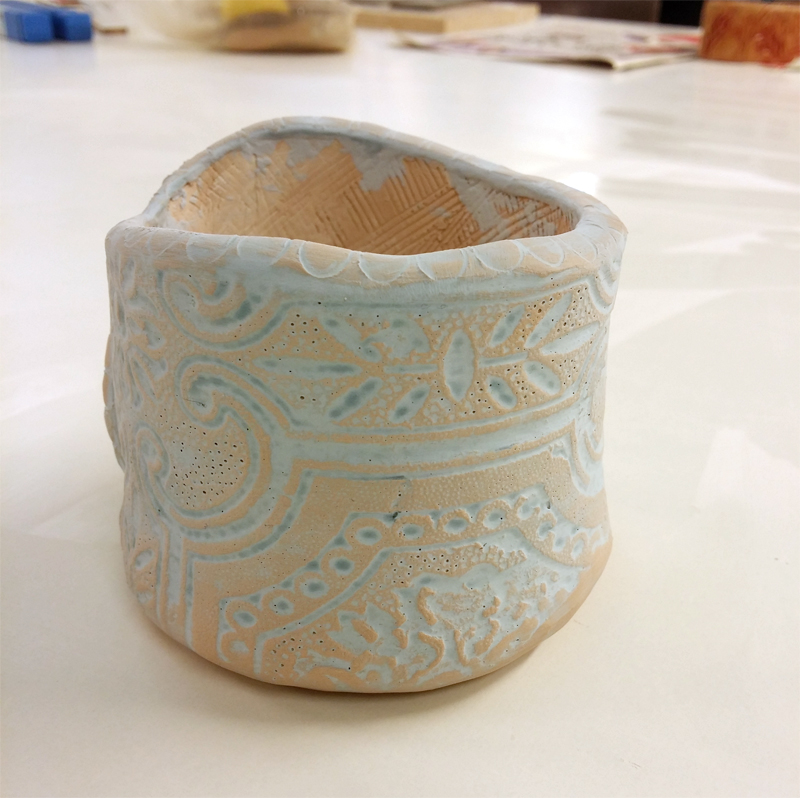 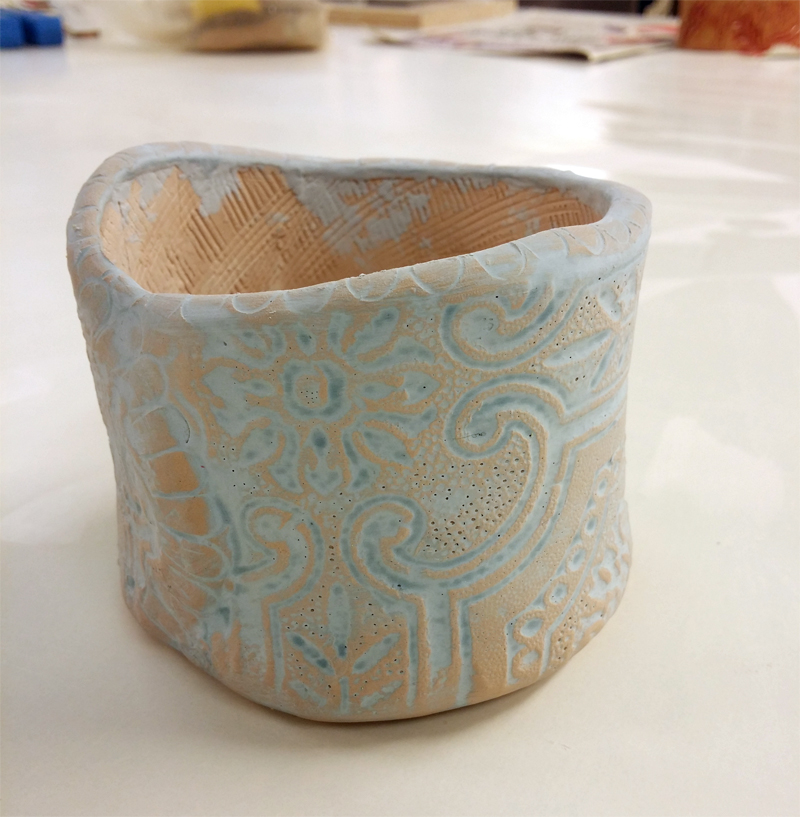 So, that was it. We are done until half term is over and when we come back we are doing some throwing, coiling etc, and the start our personal project.

Also, excitingly that week is when a new series starts called ‘The Great Pottery Throw Down’ starts on BBC2.  Rather like ‘Bake Off’, a group of amateur potters come together and have to face a series of challenges. Can’t wait to see this, watch the trailer and the first episode preview.