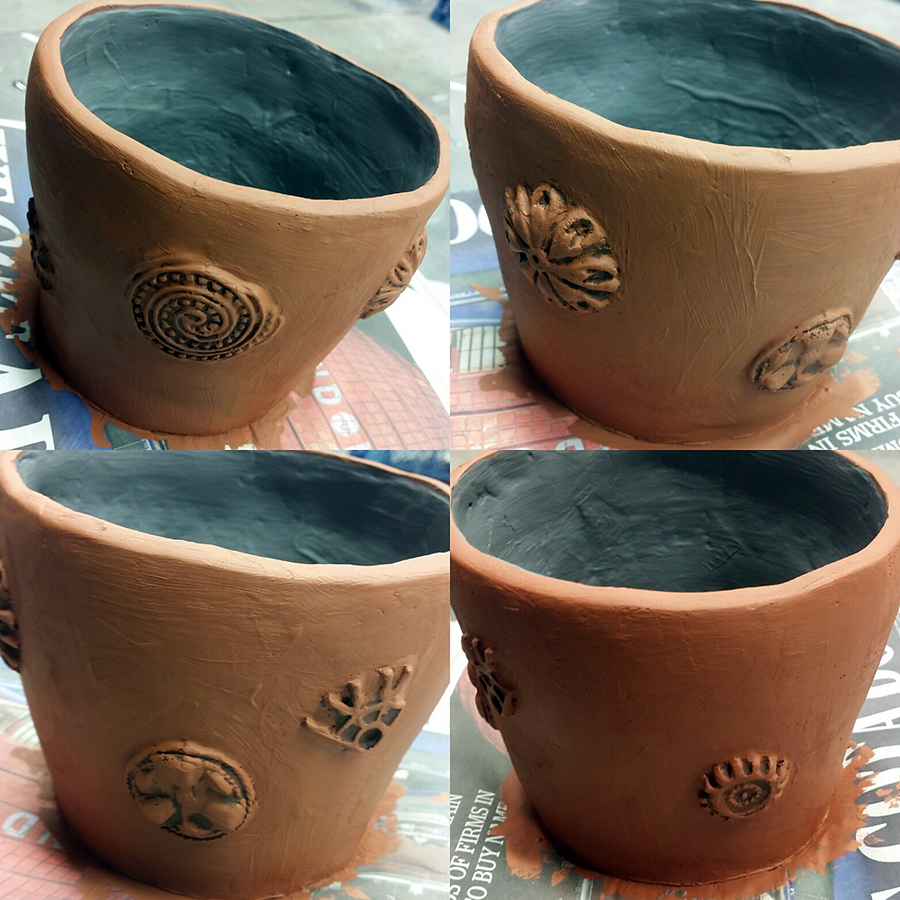 So, this is a massively belated post I know, as my last class was now a couple of week ago, but given it’s Christmas, one can be forgiven as it’s a busy time.

I decided to condense the last three classes of my course into one post because I was essentially just working on the one pot, which is the coil pot I featured in my last ceramic related post.  How can that be you ask? Well, that’s the thing, pottery and ceramics isn’t about speed and quick results,  everything takes time.

So, once I had smoothed and tidied up the pot (as you saw from the last post, I used a toothed kidney to scraped away excess clay), I finished it off by gently scraping, smoothing and damp sponging (but not too much, as to apply more water to a pot that is leather hard can lead to cracking) I then decided to make some sprigs to apply to the sides of the pot. 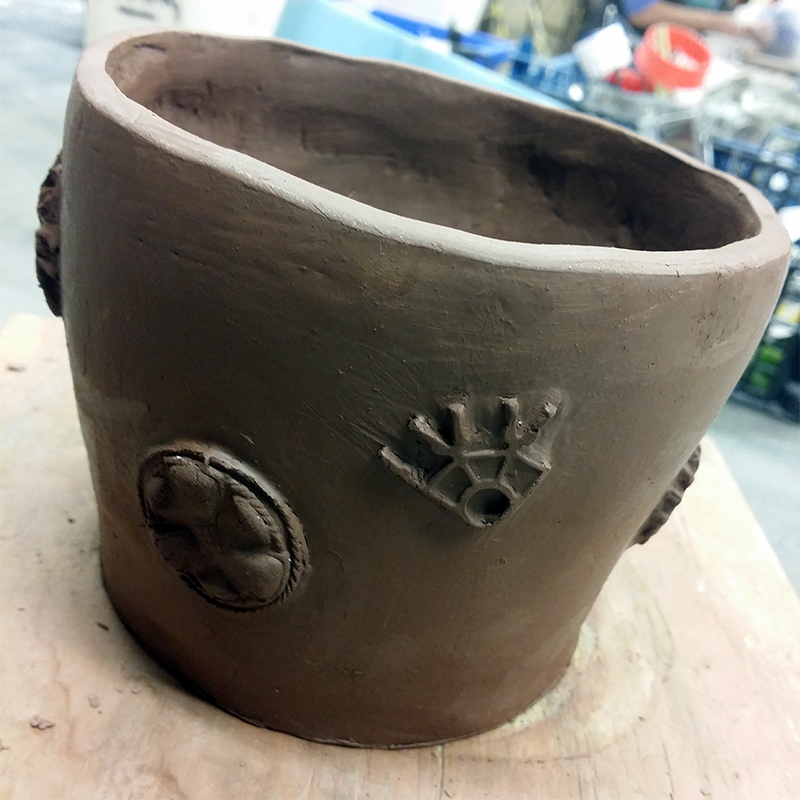 So, what are sprigs? Well, they are raised/textured or patterned designs in clay using a small mould.  Essentially, you press clay into the mould that has an indented design, then using a small ball of clay (it’s a potters trick) to pull it out, you gently affix your sprig to the side of your pot (having slightly cross hatched and slipped the intended area on the pot) and tidy the edges. It’s a very effective way of giving extra dimension and character to your pot.  Whether they will still be attached to the pot once fired of course, remains to be seen.

Once I had finished my sprigs, having gone for a ‘less is more approach’, I brushed on decorating slip as opposed to dipping, using red on the outside and ‘black’ on the inside. It’s looks very effective thus far.  At the moment the pot is in the drying room ready to be bisque fired, and I will glaze when term starts. I am thinking of maybe using a mat glaze rathat than the usual shiny one, if such a thing is available.

Also, in week 8 or 9, Tamar fired the glazed pots that we made in our first lessons, which included the textured wrap pot, the slab pot and the tile. I so pleased with the results of my very first pots, I have been inspired me to do some work at home. 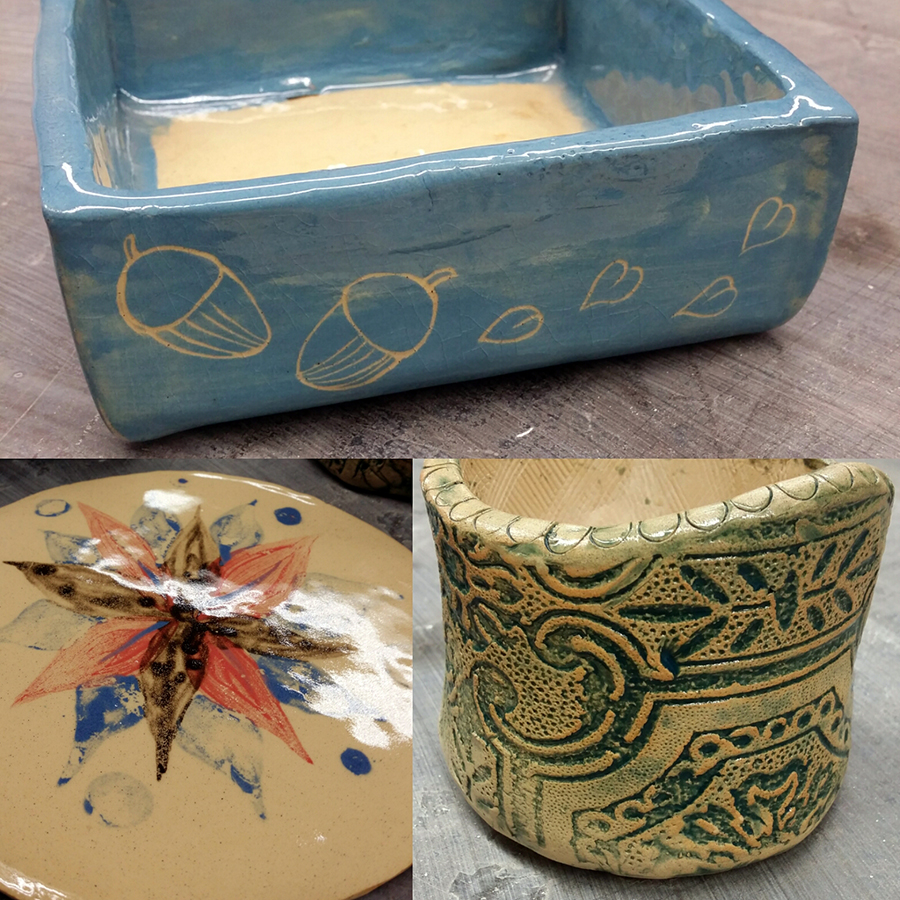 To that end, a week or so ago I took a drive to Clayman Supplies in Bognor, and bought some clay, slip and other odds and ends and decided to make another coil pot at home.  I have been back a couple of times now buying slip and Sgraffito tools., but more on that in my next post!