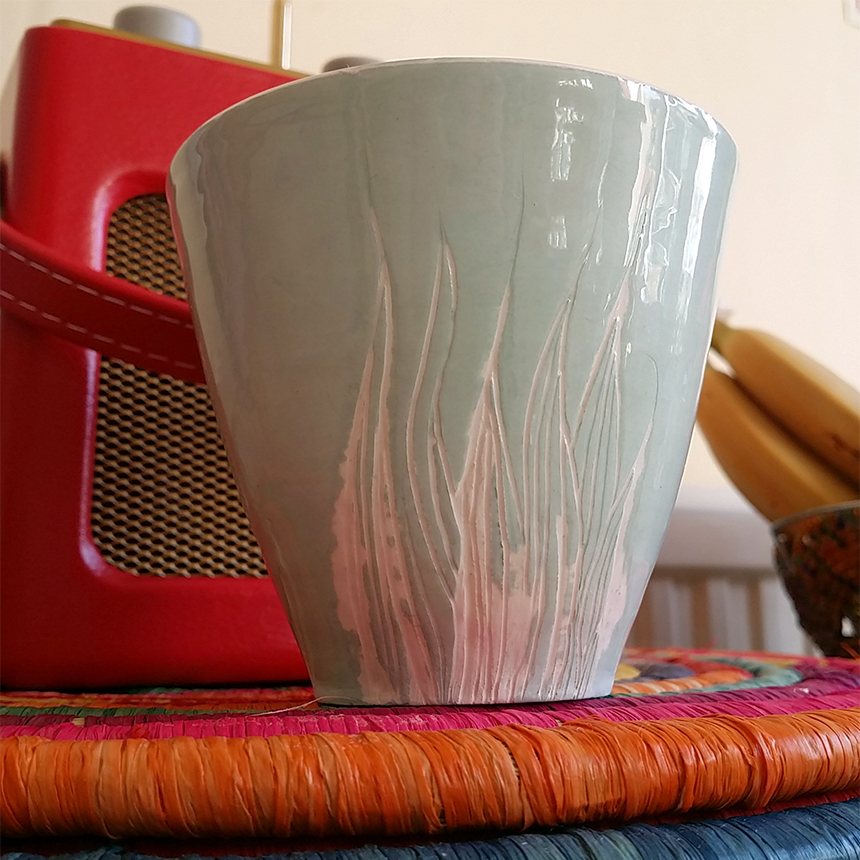 Rather than posting one item each week outlining in detail what I have been doing at my ceramics class, I decided to do a sort of big catch up. Much of the reason is, that after the slip casting class, it was less about learning new techniques and processes, and more about building and consolidating what we have learned thus far.  So, here is a photographic catch up of what I have been doing in the last ten weeks. 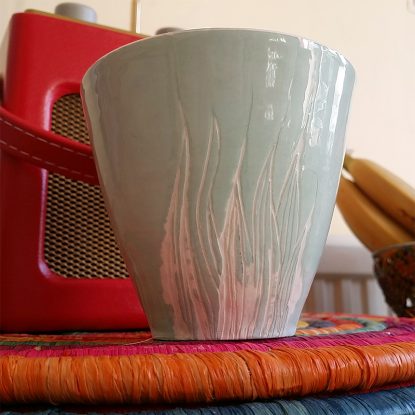 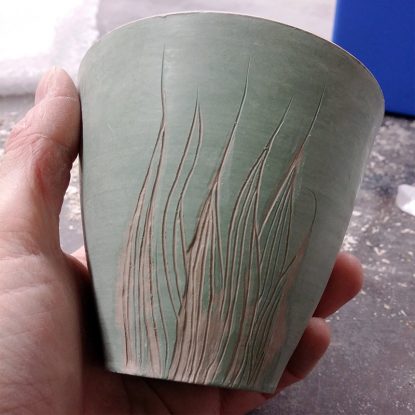 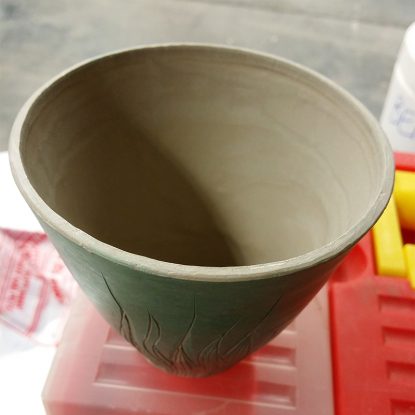 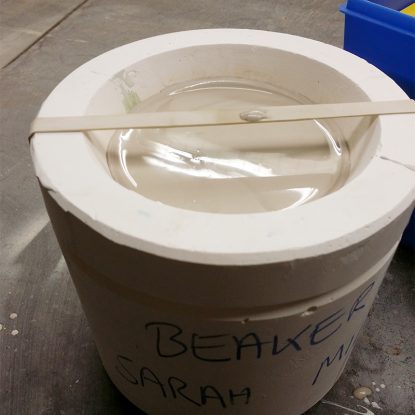 Firstly, slip casting. A process where you pour casting slip into a mould, and allow it to form a skin as the plaster mould absorbs the moisture from the casting slip. You then pour away the excess, and when reasonably hard, you remove the skin from the mould and decorate. I painted decorating slip within the mould first, then poured in the casting slip. I decorated the little beaker using sgraffito once it was leather hard to expose the clay beneath. I was very pleased how it turned out, a lovely shade of pale moss-green and it glazed really well.  It’s very lightweight and delicate.

Secondly, I started work on a large coil pot. My original plan was for it to have coils and tendrils snaking up the pot and over the edge, as you can see. My intention was for it to have this decoration all the way around. However, as with most things, execution and time didn’t pan out. By the next week it was too hard to continue all the way around, so my original vision had to be changed. But that is the nature of creation, it’s very much an organic process, so I decided to leave the decoration as a motif. In the end, I decided to have the coils less defined (this was more by necessity than design), and scraped them down, then sponged to smooth. I was going to slip trail to decorate, but decided to paint with black decorating slip and may then continue to decorate with a white or grey oxide once it has been bisque fired. The clay I used was ‘studio white’, a softer and paler substance than the usual ‘buff’. I really liked this clay so have bought some for home use.

The only thing I have yet to do, and that which everyone else has done…is throw! I am reluctant. I can’t say why. It’s the thing that most people who take up a pottery/ceramics class are most keen to try. But, in truth, I am just not that bothered. I really like hand building. However, this week I have glazed all that was outstanding, and will leave my coil pot for a couple of weeks, and have a go at throwing.