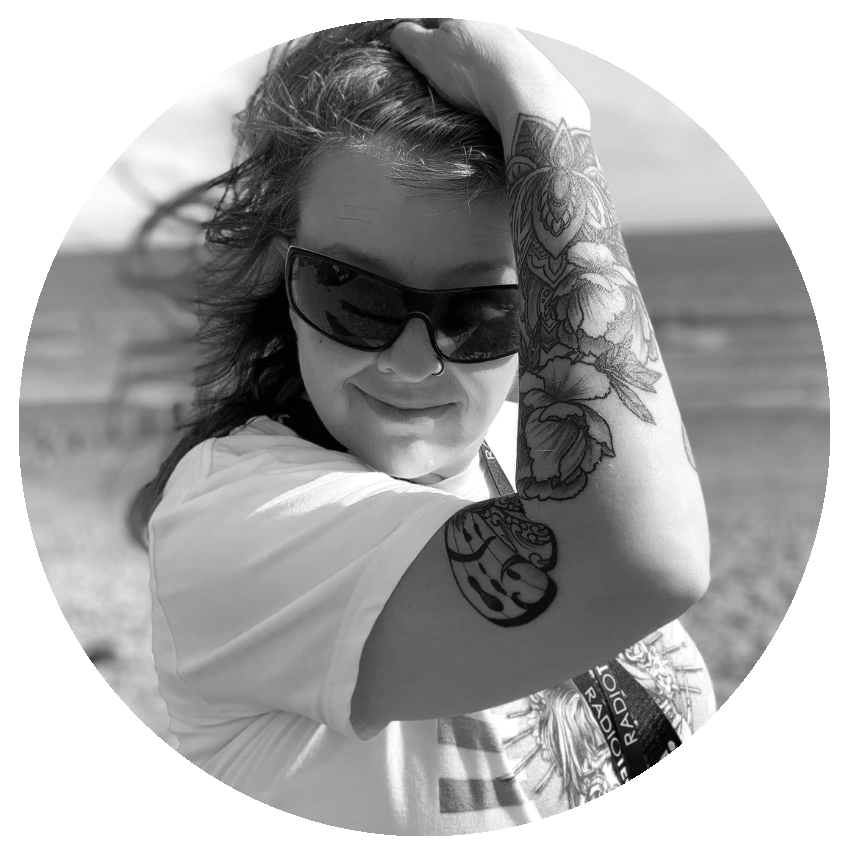 Lorrie Whittington is an illustrator, designer-maker, chocolate eating geek and occasional writer living in the heart of the Sussex countryside on the south coast of Britain. Married to Luke, control freak IT Sasquatch, who works in the media industry, mother to equally geeky, free spirited, comic and manga loving daughter, Orla.

Art is influenced by nature, the sea, quirky and colourful things, toys, bric a brac, weird ephemera, strange quotes, tattoos etc, all of which inspire illustrations that are individual and fall within no specific style, genre or niche. Medium is predominantly ink, though incorporates paint and some mixed media elements.

Having also studied Ceramics and Pottery, she occasionally creates one-off ceramic pieces featuring original designs and illustrations, and sells them from her online shop. She no longer sells original artwork.

Lorrie feels no compulsion, pressure or desire to produce work to a deadline, doesn’t do commissions or exhibitions and shows. She does like interesting projects, so if you would like to collaborate on something, then please message her on her Facebook page.