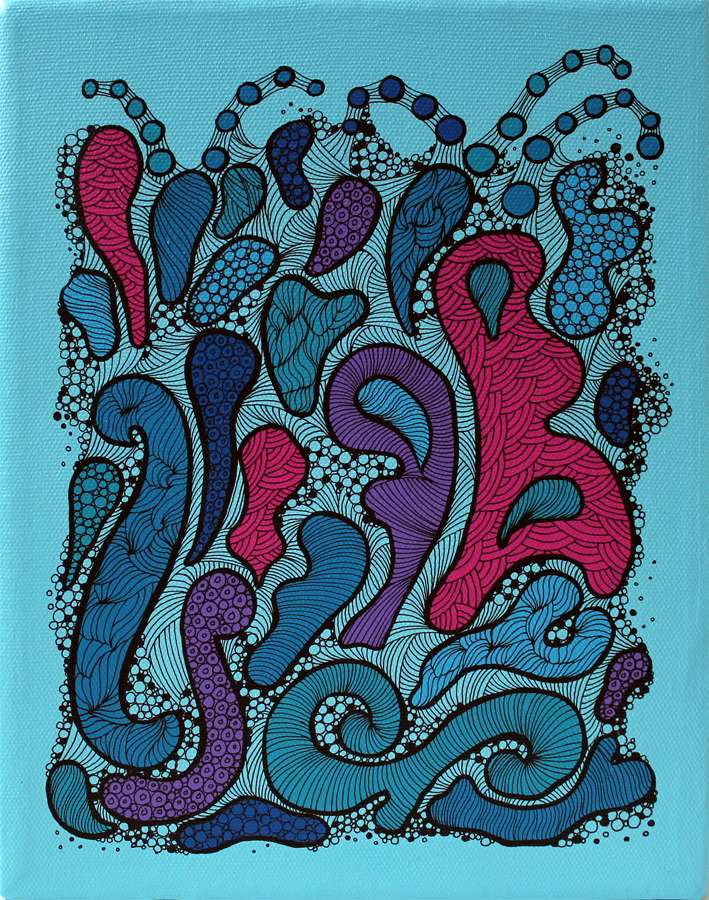 This was one of the pieces I did for the Cobnor Writers Retreat (pics to come), which was part of my theme of the sea, and the flora and fauna within. This particular painting was inspired by a small illustration I had done a few weeks previously. It is based (as with so many of my sea themed paintings) on the macro and microscopic marine creatures of the deep sea, and the iridescent colours they produce, and the strange and undulating shapes they have.