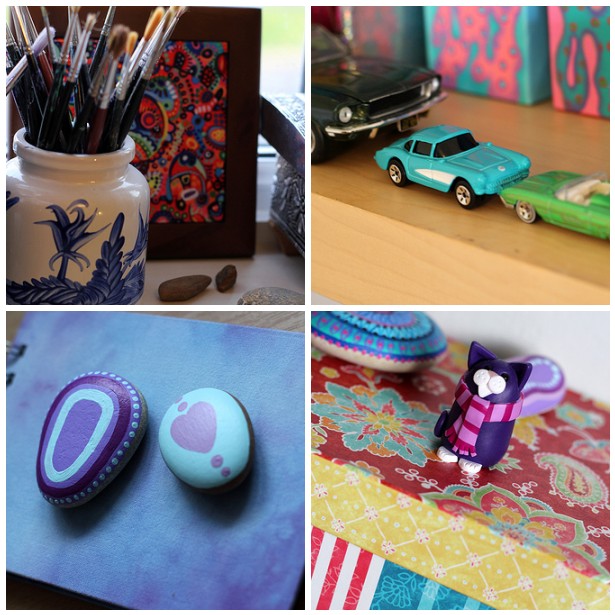 A few people have asked me what my creative space is like.  I work at home in a spare room which has been called the study or the studio, but which is generally known as ‘the working room’, as that is what Orla named it, and seems most appropriate.  The light could be better, and in the video it looks more cramped than it is, though it could be roomier. However, I count myself lucky to have some clear and private space to work in. At the moment it is relatively tidy.